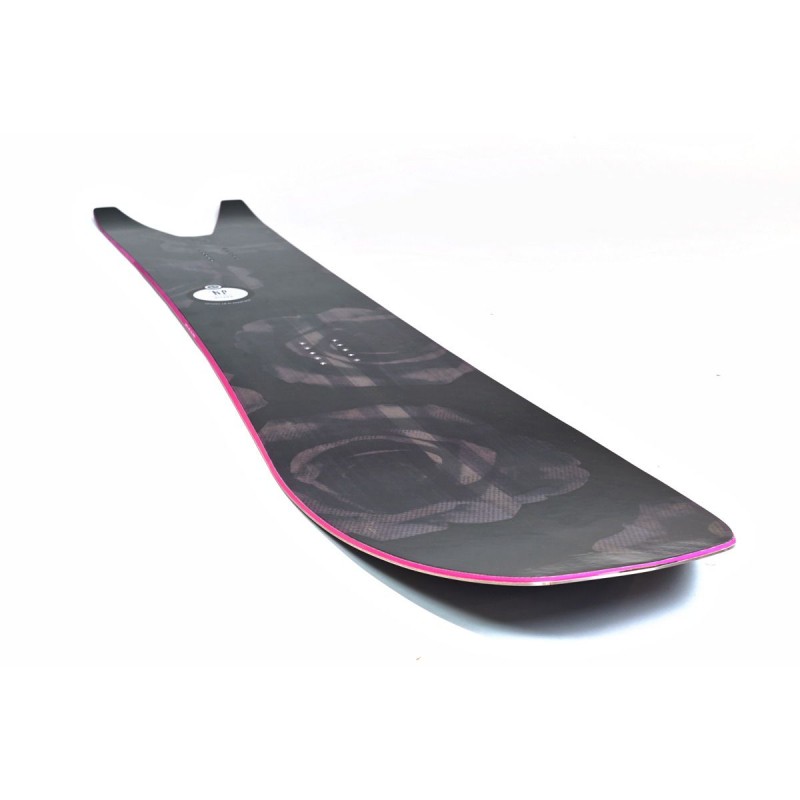 A VERY LIMITED RUN FOR JEAN'S FANS, THE COLLECTORS AND THE CONNOISSEURS.

JEAN NERVA
Many will remember Jean Nerva for his unique style, the beautiful arcs he carved, his flamboyant Oxbow one-piece-suits and the immortal words, “You carve, you carve, you carve, you carve... no slide. Even if it's icy.” In 2018, at the age of 58, Jean lost a long battle with cancer. The J.N., Jean's posthumous signature model, is a tribute to the man who inspired many around the world to buckle into a pair of hardboots, carve like crazy and enjoy life and snowboarding to the fullest.

JEAN NERVA IS MY COPILOT
From the makers of the PJ comes one final collaboration. "You know the game that kids play where I draw the head of a character and fold it, then you draw the body, and so on? If Jean and I played this with a snowboard design and folded the paper between the bindings, he would have drawn this tail and I would have drawn this nose.”– Peter Bauer

The tail design was inspired by the Winterstick swallowtail that Jean would race home on, from Les Arcs to Bourg-Saint-Maurice, in the mid 80s. The classic "Gun" swallowtail has been synonymous with the French snowboard scene ever since Regis Roland ripped down Les Arcs' peaks in the early Apocalypse movies. Although not originally a fan of the swallowtail's retro associations, with time Peter has been able to appreciate the design. He said, "Back then, in the early days of snowboarding, these boards worked really well. They were created to make big arcs, to float,
they were really stable. Jean was always into these "French" shapes. I really feel like there is no other concept that would be appropriate for him."

Never into pointy noses and keen to put the last three decades of shape-evolution to use, Peter opted for a fuller, blunted nose shape. The combination of these two design philosophies has created a unique shape that halls-ass, floats like a cloud and earns inordinate kudos in the lift line! An ode to Jean's favourite PJ graphic, the JN combines the unmistakable “Roses” with popping fluorescent pink sidewalls.

Just thirty-one J.N. snowboards will be sold Worldwide. Coincidentally (or not), that's the age of Jean when he became Moguls World Champion. The boards will be split between a small handful of Europe's most important snowboard stores. Collaborations with international core magazines and websites, plus a little video on social media will contribute to Jean's immortality.

No rep commission, no “development costs” ... every cent of the proceeds will contribute towards Jean's daughter's studies.