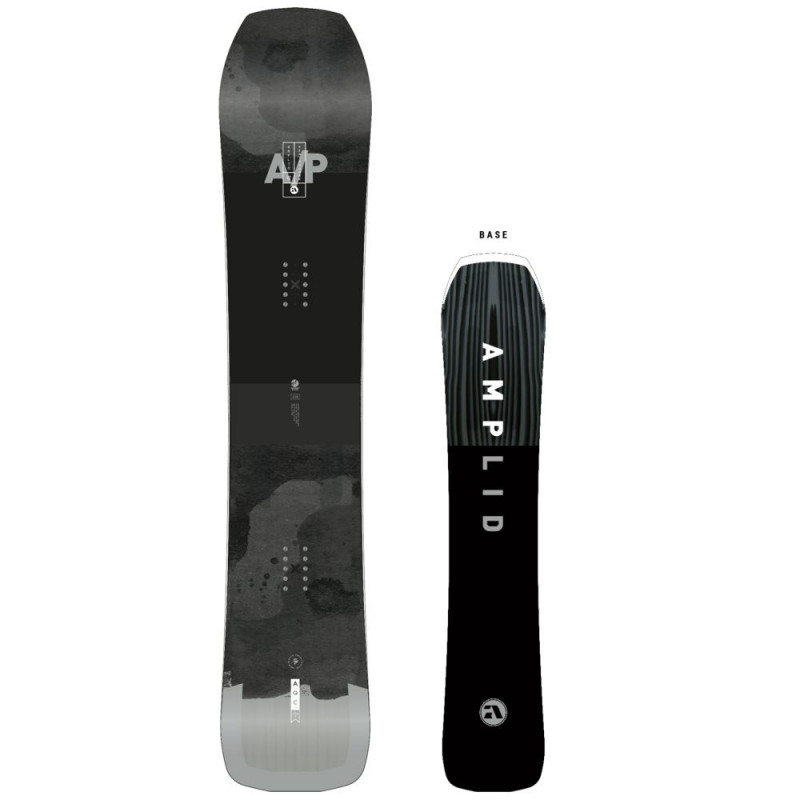 This board is by far one of the best carving boards

The Pentaquark exists for seekers of the highest echelon of on-edge performance. Its carving-potency derives from its deceptively long effective-edge, a deep energized camber and its advanced construction. Approaching terminal velocity, you’ll be thankful for Antiphase, a proprietary Amplid tech, that keeps the Pentaquark civilised and precise.

Once mastered, unleashing the Pentaquark on freshly groomed corduroy is a euphoric experience, but taming this wild stallion is not for the faint-hearted.

The Pentaquark is one of three boards in Amplid's Centrifugal Collection, a brotherhood of boards designed for handling high speeds and maximizing the enjoyment that comes from simply turning a snowboard.

Flex: This board is stiff but not a full blown plank. What you get a is a slightly directional flex in nature which means slightly softer nose then progressively stiffening up through to the tail. There’s a little amount of torsional flex but mainly it stays rigid. There is a clear defined flex point right inside that back binding insert pack.

Stability: Now here’s the thing about this board it is super smooth and stable. The little amounts of chatter you get when charging with this board are almost completely killed off before it hits the front insert pack. In more aggressively choppy terrain you feel it but it’s more like you notice its there and less of it effecting the overall ride. That Antiphase technology is legit and does work.

Ollies/Pop: There’s some pop to this board but you have to aggressively load up that camber to get it to engage and when you do it’s more or less just enough to launch off a roller as you go terminal velocity down the hill. It’s less about snapping in the air with this board and more about snapping through a carve.


Carving: Alright so here’s where we need to talk about this board and what it’s capable of doing. This is 100% what this board is meant for. It has a very fluid and nimble roll from edge to edge and you notice that. Then it gets on edge and locks in with a precision that I have never felt in another board. It locks in but remains flexible to disengage and do what you want when you want. You can drive from inside the back foot if you need to but it doesn’t force you to do that to get it to carve. The torsional flex is very minimal so when you do steer with your ankles it’s more or less a subtle adjustment to slowly change the angulation of your carve.

Using Biaxial Glass in the construction of our shreds gives them a flawless blend of response and playfulness whilst keeping them ridiculously lightweight.

A premium sintered plastic which readily absorbs wax and will out-run your riding buddies’ bases without breaking a sweat. You better get used to waiting.

A premium sintered plastic which readily absorbs wax and will out-run your riding buddies’ bases without breaking a sweat. You better get used to waiting.

Uber light wood varieties are cut, treated and aligned in a way only our factory knows. Its strength to weight ratio has scientists baffled.

Unidirectional carbon stringers placed in the tail, to amplify pop and acceleration out of the turn.